Do your teeth stop you from smiling as much as you’d like?

Just think, in a few months you could be smiling like a star.

FAST – You will have straight from teeth in about six months.
DISCREET – the wires and brackets are almost invisible.
AFFORDABLE – the short treatment time dramatically cuts the cost.

Talk to your dentist today about Cfast – the revolutionary way to the smile you’ve always wanted.

Cfast is a simple, gentle, minimally invasive cosmetic treatment that corrects alignment issues with the top and bottom front six teeth, and can level and round out the arches, thus satisfying the needs of the vast majority of adult patients who seek orthodontic treatment.

Cfast uses clear orthodontic brackets and tooth-colored nickel-titanium wires. The treatment works much like that using clear aligners, but tooth movement is much more predictable and usually more than twice as quick.

The nickel-titanium wires put gentle pressure on the brackets to level and align the teeth with minimal discomfort to the patient. The gingiva follows this movement to achieve a fully aesthetic outcome.

Cfast is a fast, effective and affordable treatment when adults are seeking to correct their smiles. Because we do not claim to address major orthodontic issues, Cfast can be done very quickly, making it more affordable than all other orthodontic options.

Cfast takes less time than conventional orthodontics because it focuses only on the “social six”, the front teeth that most influence the smile. The process is further enhanced with the use of special nickel-titanium wires, which exert gentle pressure to force movement in the teeth.

With clear brackets and tooth-colored wires, Cfast is barely noticeable – and worn for only a fraction of the time compared to traditional braces.

Standard orthodontic mechanics are still involved with CFAST, but because it’s just the front teeth, the force required is minimal. The nickel-titanium wires exert mild pressure to force the teeth to move, and this is done without the need for severe tightening which causes the discomfort noted in conventional orthodontic treatments.

Cfast was developed by Dr Biju Krishnan in 2009. Dr Krishnan qualified from Dundee University in 1993 and after several years in general practice completed a clinical attachment in Oral Surgery in 1999.

In 2002, he set up Drake Dental Care and then Lubiju in 2008, focusing on advanced restorative, surgical and cosmetic procedures.

Lubiju was recently Highly Commended as Best Specialist Practice in Scotland and voted Best Private Practice in East Scotland. Dr Krishnan was also recognised as one of Scotland’s outstanding dentists in the recent Dentistry Awards.

Get in touch today 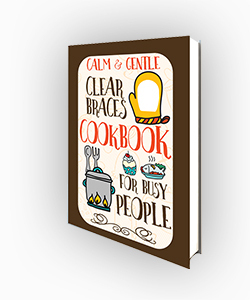 In our most recent Patient Satisfaction Report, we were rated the following:

After being terrified of Dentist for almost 60 years, I have at last found in Greg one that I can trust. He is kind, thoughtful and advises you every step of the way. I was actually able to sit through and have an extraction without fear, Did not feel a thing!

Just wanted to say a big ‘Thank you’ to you for all the time & effort you put into making sure my veneer was just right. It really is a job well done , & the care you took is very much appreciated. I’ve had several veneers over the past 20 years, but none look as natural as this one. Please pass on my thanks to the laboratory too.

To Greg, & all the staff at Rotherholme Dental Practice.

I just wanted to thank you for being so patient with me & helping me conquer my ‘fear of dentist!’ For saying that 6 months ago I couldn’t even go into the waiting room without panicking & crying….I shall almost miss my regular visits!

Just a short note to say thank you for being so patient with me. Thanks to you and all your friendly staff, I have overcome my fear of dentist again, and from now on shall be attending regular check ups. Thank you all once again.

Many, many thanks for your kindness and patience. Completely painless and restored my faith in dentist.

Thank you for letting me experience a brilliant dentistry practice!

I wanted to say how very pleased I was with the last work you did on my teeth.

The crown and bridge blend beautifully with the rest of my teeth, and the denture was so comfortable that from the very beginning, I had to check whether I was really wearing it!

Thank you very much indeed, with all good wishes.